To find out more about cookies, what they are and how we use them, please see our privacy notice, which also provides information on how to delete cookies from your hard drive.

There were a record 261 major investment deals in Israel in 2019 compared with 252 in 2018, reports Grant Thornton Israel (Fahn Kanne). Foreign investment transactions in 2019 stood at about $20 billion, on par with recent years.

Grant Thornton Israel (Fahn Kanne) Advisory Department CEO Shlomi Bartov said, "More than 80% of the transactions are in the technology space. The consistent growth in financial acquisitions represents a vote of confidence by global funds in the Israeli transactions market."

Grant Thornton Israel (Fahn Kanne) Advisory Department, conducted an analysis based on Bloomberg data, addressing the development of the Israeli market up until the end of 2019, including M&A transactions and substantial investments (over 20% share/stake) that range between $5 million to $1 billion. The findings show that the number of transactions conducted in 2019 continued to grow to reach a total of 261, despite a slowdown in the transactions market in many OECD countries.

An additional index examined is the relationship between the number of deals in relation to the country's GDP. This index establishes a basis for comparison of the deal activity in various countries. Israel and the UK are in the lead in the - Deals to GDP ratio- at 0.65.

An analysis of transactions by industry demonstrates that the tech sector is the primary target for investment in the Israeli market. The results show that over 80% of transactions are technologically- oriented.

The value of FDI (Foreign Direct Investment) stood at $20 billion in 2019, on par with recent years but is substantially lower than the value of foreign transactions in selected OECD countries. This is the result of market developments whereby financial funds are characterized by the conducting of a relatively large number of investment rounds rather than a once-off (one-time) purchase of the companies' stocks.

The data from the survey shows that more than 20 funds were involved in over 6 transactions over the previous year. Venture capital transactions are usually conducted over several rounds as part of a company's value-building process.

Bartov said, "The continuous increase in financial acquisitions (Private Equity and Venture Capital) represents a vote of confidence by global funds in the Israeli transactions market."

The world of digital economics and global transactions creates many multinational transactions in which various challenges exist, Grant Thornton Israel (Fahn Kanne) observed. These include:, the identification of specific risks relating to the country of the target company, a detailed analysis of the Quality of Earning (QoE), business potential (Due Diligence challenges), quantifying synergy, the risks of their use, valuing intangible assets and their influence within the framework of a transaction (challenges of determining value), determination of the type of transaction (activity vs. shares), and an understanding of the perspective of the Israel Tax Authority (the FAR and, BEPS reform) (tax challenges). In addition, other challenges such as bridging cultural differences between various countries and the retention of key employees in the target company also exist. 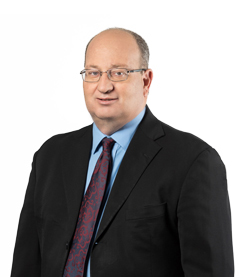